Our coaching team has over 20 years of combined experience. Both funny and knowledgeable, you will like them in no time!

After playing basketball during 20 years, I discovered triathlon in 2006 in Montreal. Since then, I have raced 100+ triathlon/duathlon/run events including four Ironman and five marathons. As an age group, I qualified for 1 ITU sprint Triathlon World Cup and 3 ITU sprint duathlon world cups where I got top 10 twice, the NYC Marathon and the Canadian Mountain Running Championships. I tried Xterra racing without much success…I became a vegan athlete in 2014 when I realized that diet allowed me to get ride of an auto-immune disease (ankylosing spondylitis) diagnosed earlier this same year.

After 15 years as an IT project manager, I became a full-time triathlon coach in 2014 (level 1 Triathlon Quebec certification, level 2 in progress, Training Peaks level 1 accredited coach, Ironman University coach certification in progress). In addition to coaching the McGill Triathlon Club and the McGill Olympic Club, I also offer online coaching services for triathletes, duathletes and runners. I’ve also been hired as triathlon coach at Peak Centre Montreal where I have the privilege to work with international cycling coach Pierre Hutsebaut.

Join the team and I’ll be more than happy to assist you during workouts, answer your questions about your training and do my best to make you become a better athlete!

I started swimming competitively at the age of 8 and continued until the end of university, spending five years on the varsity swim team at McGill, and concluding a 17-year competitive swimming career where I swam up to the national level. I graduated with a B.Eng. in civil engineering in 2013.

I also coached kids and teens during the summers in the West Island. After a short hiatus from coaching and teaching during the first half of university,  I returned to coaching in fall 2012 with the McGill Triathlon Club. My coaching career quickly picked up steam and by the fall of 2013, I was coaching full time, working with the varsity swim team and the McGill Masters Swim Club.

At the same time, I branched out into strength and conditioning. I started coaching different teams and clients at McGill on land in January 2014, as well as starting my own business. I work mainly now with the varsity team and the Triathlon Club on land and in the water. 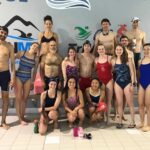 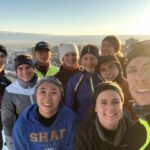 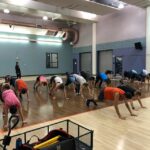 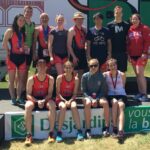 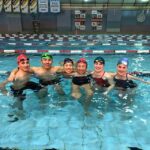 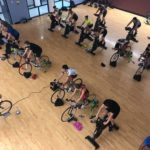 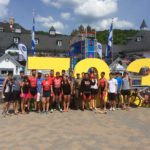 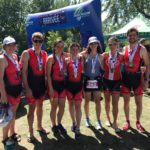 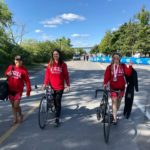